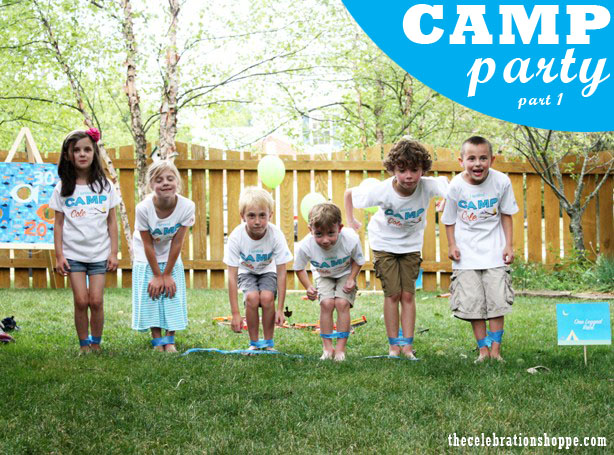 My little boy just turned six. SIX! Oh my, it gives me heart palpitations just thinking about how much he’s grown. And this year for his birthday he wanted a camp party {All camp printable party supplies are available in the shoppe: invitation, thank you notes, printable party supplies, camp t-shirts}. My fabulous hubby built the boys a tree house last summer and we thought it was high time it got lots of use!

So you may remember that last year my oldest son’s Robot birthday party was in the middle of a monsoon… yes, it was that bad! Well, this year we had the worst storm of the season with 80 mile-an-hour straight line winds the night of our camp party. I know what you’re thinking… it doesn’t look bad in this picture?! Well, that is because this year I took my own advice and had a “rain date” on the invite. So we celebrated a day later than we planned… no biggie… at least we were dry. It was 98 degrees so we were a bit sweaty and couldn’t bring ourselves to light the fire for the s’ mores, but we were dry.

Moral of this story… be flexible moms and just have fun! {grin} 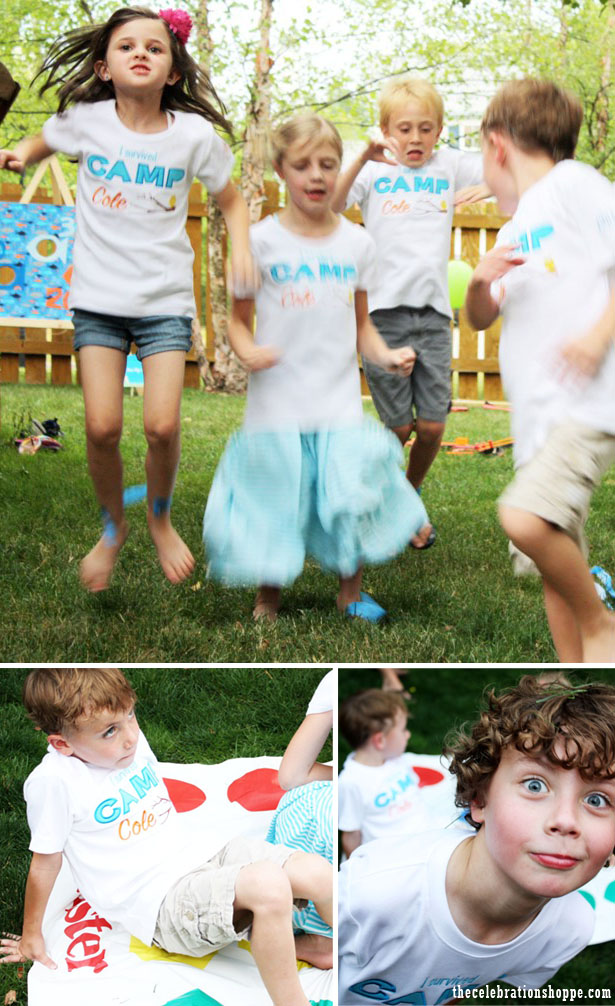 So there were games, lots of games. One legged races, Twister, 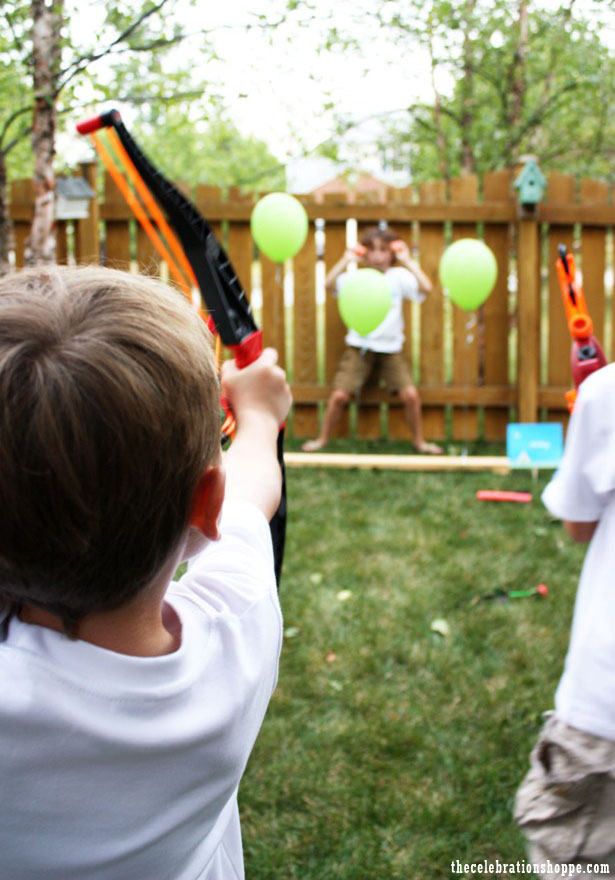 archery (NERF of course… and with his brother teasing him behind the balloon targets…), shooting gallery (NERF again), bean bag toss, and more. 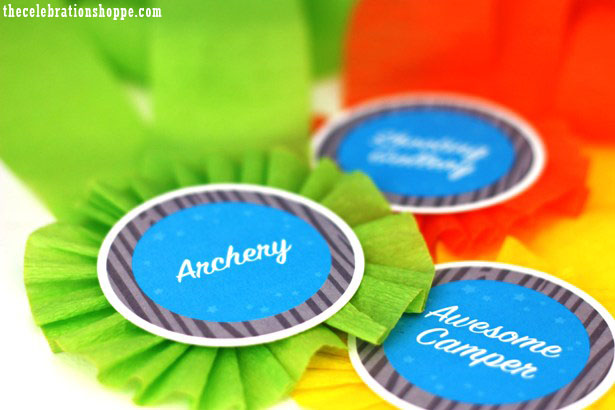 And if you have party games, you must have awards. We had awards for every field game event, plus for being a good team player, best smile, awesome camper and on and on. No one was left out and the moms tell me they were a big hit!