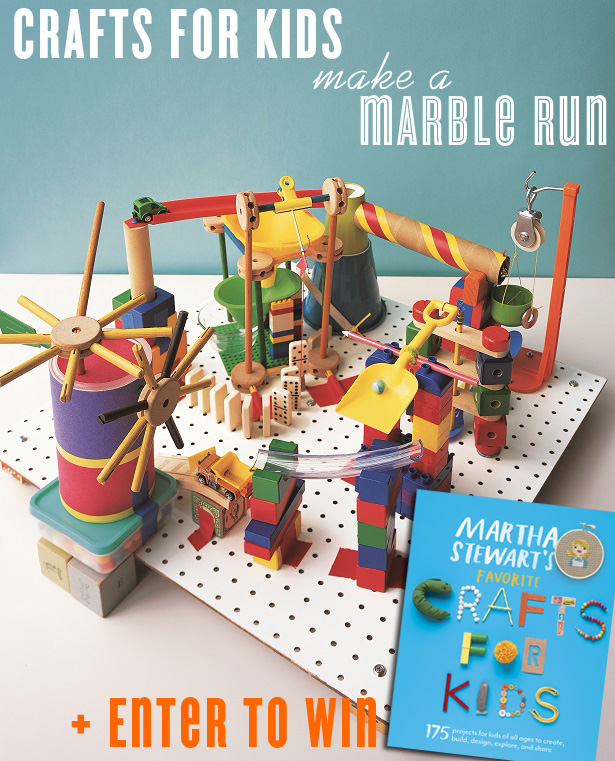 Have you seen Martha Stewart’s new book, Crafts For Kids? It’s 175 creative and colorful projects (from easy to a bit more involved like this one) to keep your kiddos excited and entertained. For instance, this peg-board marble run. My boys can’t wait to give this craft a try. They’ve already raided my craft room and their dad’s work bench!

Lots of kids like to tinker with machines, take things apart, and generally figure out how stuff works— just for fun. Embrace that curiosity with this endlessly fascinating project. It involves creating a clacking, whacking gumball machine that runs without electricity, all with parts found in the kitchen and toy box. This gadget starts up with the turn of a paddle, and then— after much rolling and pushing and lifting— drops a gumball into a container. You win! 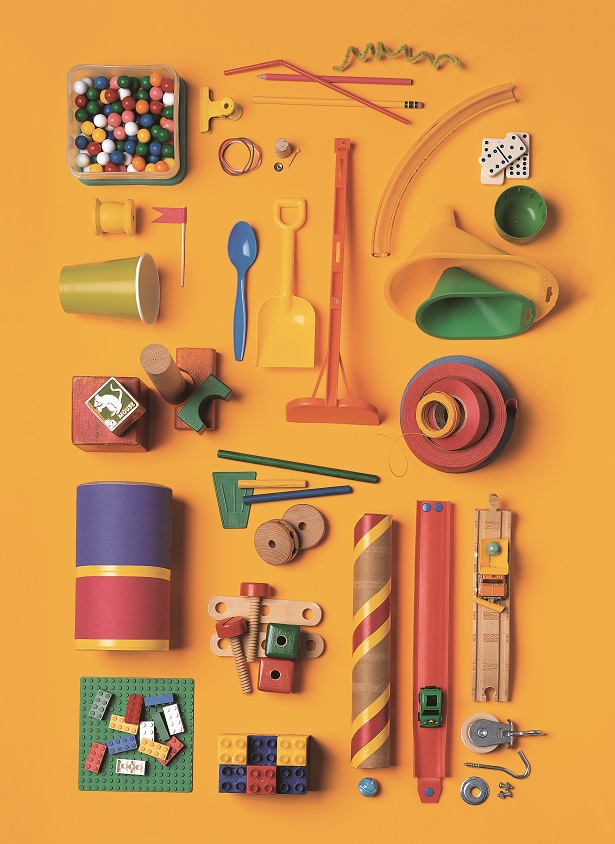 Our peg-board base rests on toy blocks: Ask an adult to drill holes into five blocks (one for each corner and one for the center), then use nuts and bolts to secure board in place. (You may also want to screw the beach hoe to the base in step 4.)

1. START with a gear. The side wheel’s shaft goes through the oatmeal container to a paddle made with building toys (see page 123). When you TURN the paddle, the gear’s spokes rotate the top wheel, which has one long spoke.

2. This causes the car to ROLL down the ramp and into a marble (held in place by 2 tacks) on the ramp’s lower end.

4. On the marble’s way out of the tube, it FALLS into an aerosol- can cap. The cap is at one end of a pulley’s string (the other end has a washer tied to it). The pulley hangs from a hook attached to a beach hoe. The weight of the marble PLUNKS the cap onto one end of a lever (made of spoons fastened to a spool).

5. The weight of the marble on one end of the lever causes the other end to BUMP a pencil attached to a shovel handle with a tack and string. This LIFTS the handle, which TIPS a marble resting in the shovel.

6. The marble ROLLS down into another ramp made from plastic tubing. At the end, it DROPS into the back of a truck parked on a lower ramp.

7. The weight causes the truck to ROLL down a piece of train track and STRIKE a bendable straw, which SWINGS into a series of upright dominoes.

8. The dominoes TOPPLE one by one. The last domino weighs down a cork TACKED to a string, which is tied to a flag. The flag is ATTACHED to a clip; PERCHED on the clip is a gumball.

9. When the last domino FALLS, the cork is released, and the flag pops up. The gumball on the clip FALLS and drops through 2 funnels, then into a bowl. The machine finally comes to a stop. 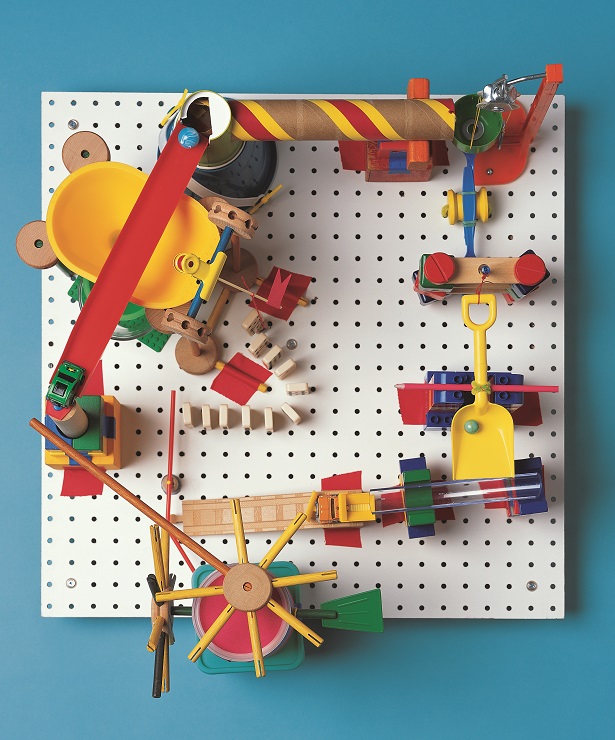 TIPS: Your machine’s parts are less likely to break down if you follow a few suggestions:

Want to see the other 174 amazing crafts the amazing Martha Stewart Living Editors collected? Well you’re in luck! You can pick up a copy at your local book store, Amazon, or you can enter to win a copy right here! 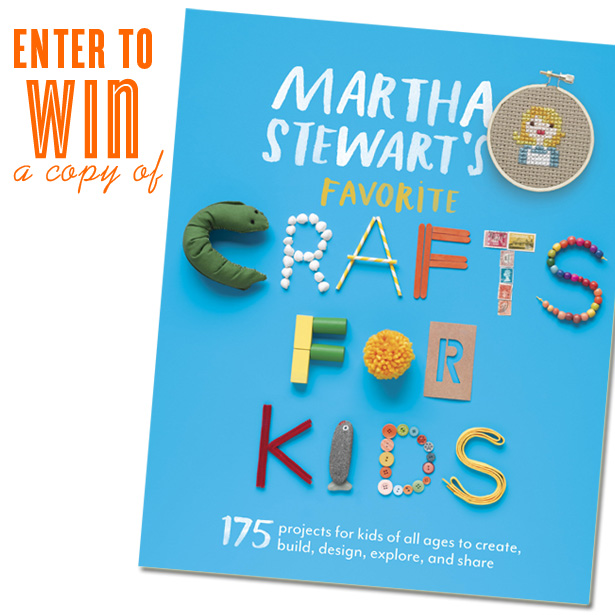 Good luck! And as always, I hope you’re inspired to craft, bake, create and celebrate!