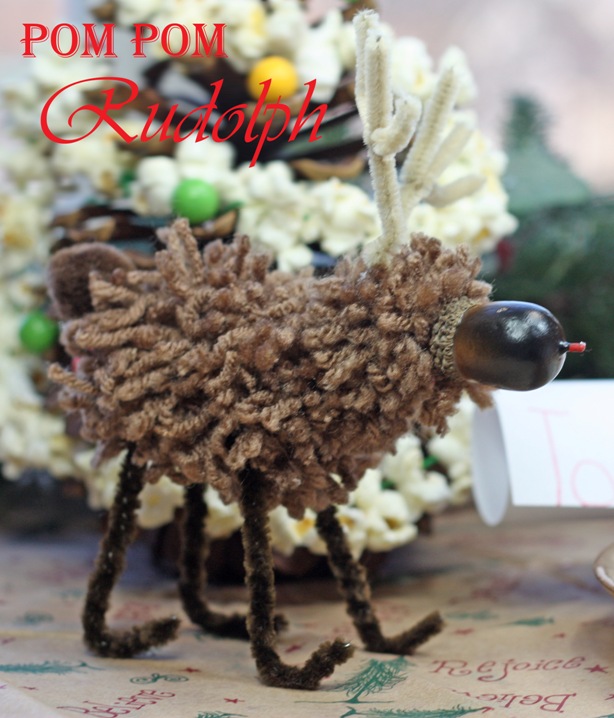 My darling friend Kelly at The Party Dress asked a few of us to participate in a holiday series on her blog this month. We could style a dessert table, a dinner table or a child’s table. Since my 2010 Christmas collections, Mod Candy Cane and BELIEVE, were already styled and in the shoppe, Kelly let me bend the rules a bit. I worked with the two most important (shorter than 4 feet) men in my life to style Santa’s cookie placesetting for Christmas Eve. For the most part I let them lead and they chose a woodland theme with the initial inspiration coming from a huge pine cone they had been dying to decorate like a Christmas tree.

More to come on the placesetting, but for now I want to share the DIY pom pom Rudolph-the-red-nosed-reindeer craft we came up with. I’m just in love with him! I was inspired by Jenn at HWTM and her recent use of yarn in several Christmas crafts. Here’s what you’ll need: 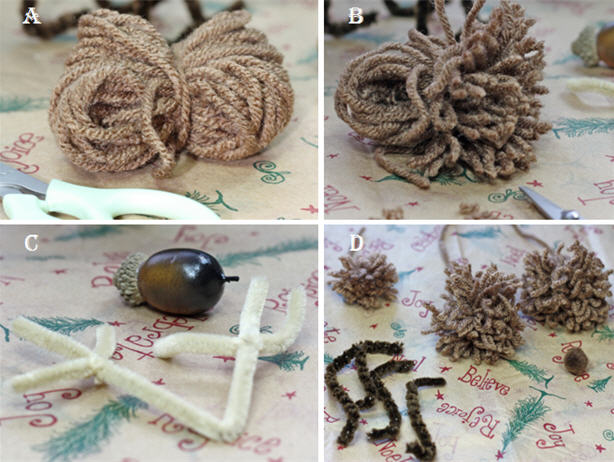 And here’s how you make him: