make it a game night 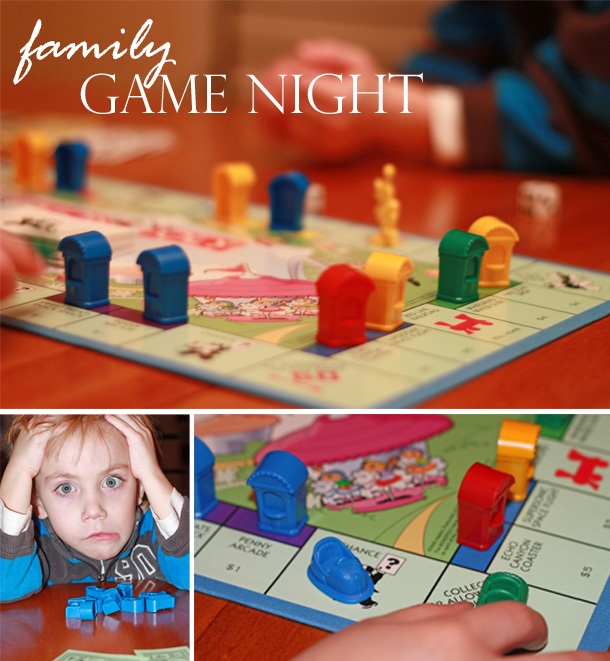 We’ve had “movie night” in our home now for over a year and it’s a huge hit. The boys get so excited and really look forward to it each week planning snacks and selecting just the right film (usually from the library during our weekly visit). Well starting this year we’re now also having “game night.” We kicked it off last night with a game of Jr. Monopoly. The boys always want to play our “big boy” games and then get frustrated because they just aren’t suited for their age. Well I’m here to tell you that Jr. Monopoly is just perfect for their age group (six and four). The rules and the game time are both much shorter, plus they get to practice basic counting and math skills all while giggling like crazy. And not that I’m against the occasional game of Wii, I mean it is fun, but an old fashioned board game gets your family engaging one another face to face. We had a blast!

That is my youngest on the left just after he had to pay his dad $4 for landing on his carnival ticket booth. Despite his face, which looks like mine sometimes after being in the office all day, he had a wonderful time! I just hope he still speaks to me in his teen years for publishing it. {wink} 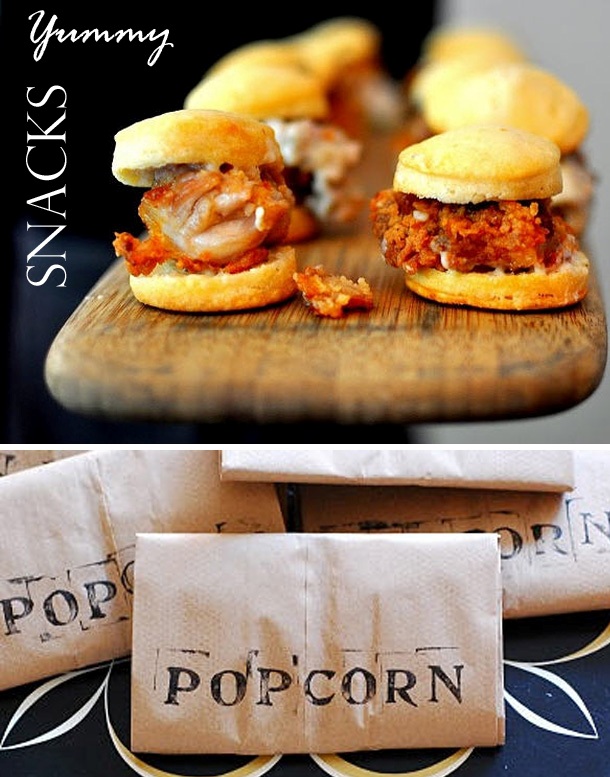 And what is a family game night without some oh so yummy snacks. First of all, these are not my snacks from last night, but they’re going to be next week! For the friend chicken biscuit sandwiches I’ll likely bake the biscuits from a can… or maybe I’ll just go to KFC for the whole thing! At any rate don’t they look so yummy! I found them on Mango & Tomato (image via  GastronomyBlog) in a post where she got to bounce around DC for a staycation enjoying so much yummy food!

Then there is the DIY microwave popcorn from Maize in Montana (found via Dollar Store Crafts). How super smart is this AND you can involve the kiddos. Just a bag of popcorn kernels and brown paper bags. Get the details from Maize and pop a few this weekend!

customer: princess Nicole is 4
Next Post:peek at our newest collection