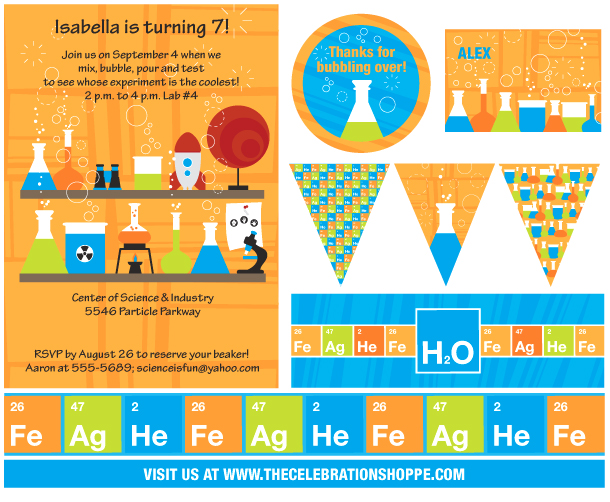 I’ve mentioned on facebook that we’re creating a new science birthday party collection for my oldest son’s sixth birthday party in a few weeks. Here’s a little peek at the invite, which is already available in the shoppe, and just a few of the printables that will be available soon. From left to right: favor tag, placecard, banner (one of two), beverage wrapper (one of two) and straw slip (one of six).

I also have some very exciting news to share about this collection, which I’m officially not allowed to talk about yet. But I know how much everyone loves suspense so I thought I would throw it out there. {sneaky giggle}

I’ll share more details as the party gets closer and if you’re interested in the printables before they’re available in the shoppe, just shoot us an e-mail at [email protected].