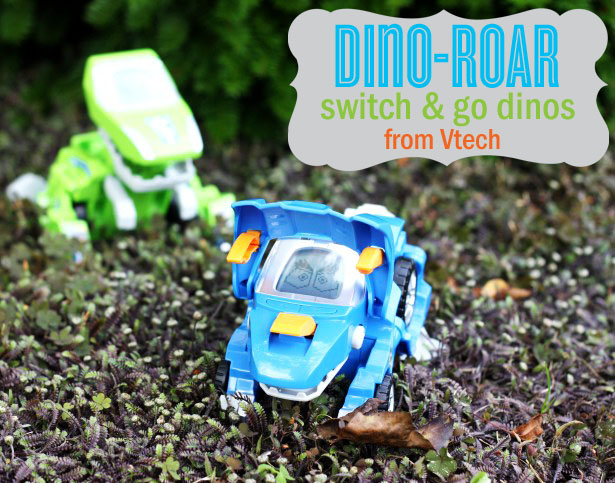 This post brought to you by VTechKids. All opinions are 100% mine.

We’re a house of dinosaur lovers. We read books about dinosaurs, we’ve had a dinosaur birthday party (seen in Parents magazine… still tickled about that), we have tons of dinosaur toys and most recently picked out dinosaur decor for the little guys bedroom.

So when Vtech asked if I’d like to try out their new Switch & Go Dinos, I was all in and the boys were super excited telling me that I have the best job in the world. {grin}

The boys ripped open the packages immediately and quickly transformed the dinos back and forth between dinos and their alter ego car versions. They loved how super easy the toys are to transform (we have some that take forever and never quite look the same after the first transition…). 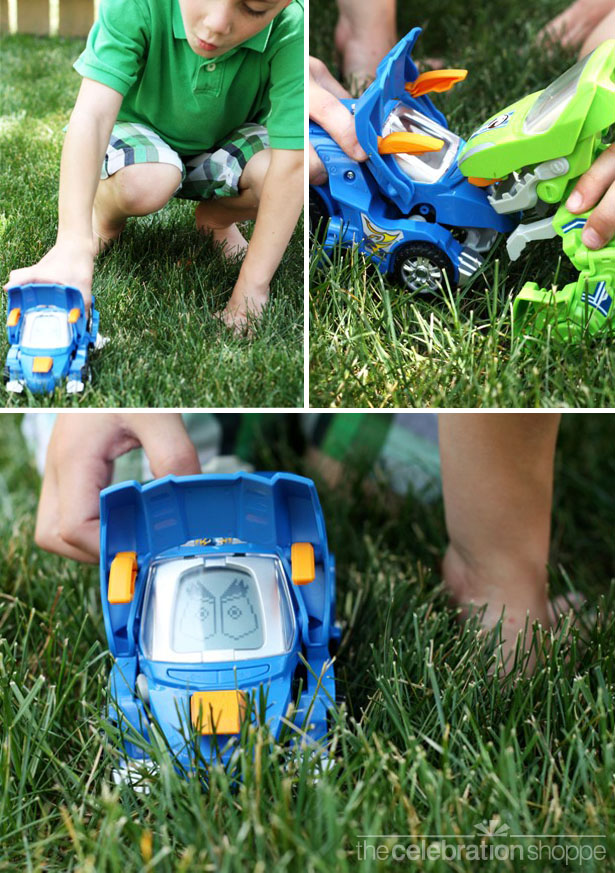 Then they took to the tall Jurassic ferns of my flower beds and the grasslands. And of course boys will be boys so they also had to ram them against each other a few times. I can say that both dinosaurs survived very well! 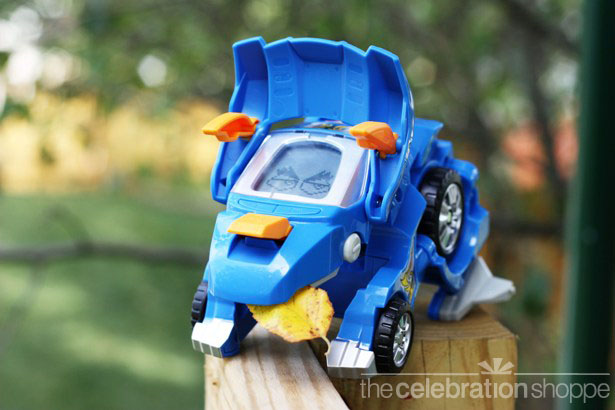 And I found them in some odd places… atop the tree house banister for one. {love this one}

Then they moved to racing them as cars on our chalk drawn super highway.

I can honestly say I wasn’t sure how my 7 year old, soon to be 8, would take to this toy. The proud momma in me isn’t a bit ashamed to say he’s advanced for his age (science, particularly physics, is his thing) but at the end of the day he’s still a kid and he played right along side his little brother, age 5, for almost two hours. Even through his dad gutting our downstairs bathroom and all the interesting things that come along with that. I can say I was a bit amazed.

Then, the next day, they played with them again all morning! Here’s why I think these toys kept their attention so long and continue to:

My boys played with Sliver the T-Rex and Horns the Triceratops. These guys plus T-Don the Pteranodon and Tonn the Stegosaurus you can buy today on Amazon and Vtechkids.com for a suggested retail price of $15.99.

And this fall, three more Switch & Go Dinos will be available: Attila the Ankylosaurus (SRP: $24.99), Span the Spinosaurus (SRP: $29.99) and Brok the Brachiosaurus (SRP: $49.99). My youngest has already added T-Don the Pteranodon to his birthday list and both boys are eyeing Attila for their Christmas list!