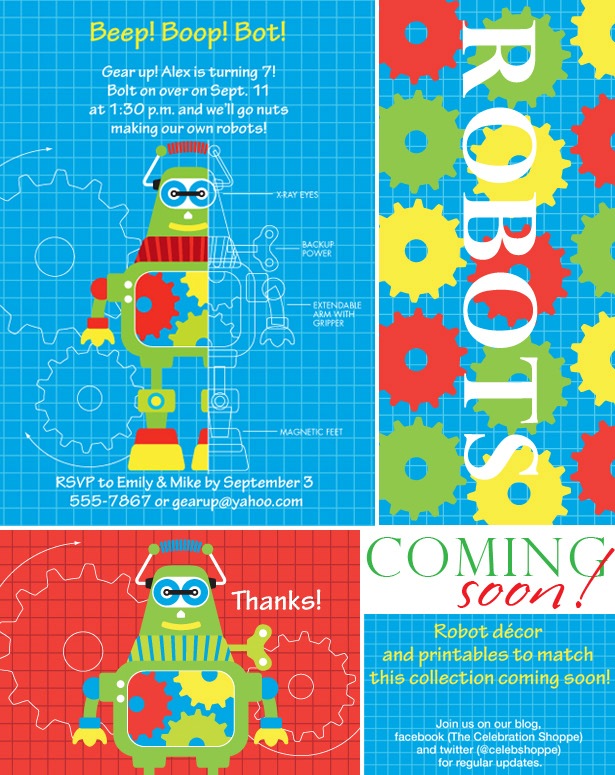 My oldest is turning seven next month… seven! I can’t believe it. He’s the little guy that is in love with science, as you can see from last year’s birthday party. {proud momma smile}

Well he also LOVES robots. He’s attempted to build them. He draws them. He’s completely fascinated by them. So when we started the design on this collection’s invitation I wanted to make sure that it wasn’t just a robot, it had to be like a schematic for building your own robot with gears and nuts and bolts.

I’m so thrilled with how it turned out and he is too. He even named a few of the callouts: extendable arms and magnetic feet!

And so for his birthday this year we’re going to build robots. He’s learning about electricity with the Snap Circuits series for kids, but we’re going to keep these a bit less complicated since there will be tons of other kids present, but fun nonetheless.

This invitation and thank you are in the shoppe with tons of decor soon to follow.